COURT EXPERTISES – The preservation of evidence

Do you want to build a new building and don’t want to get issues with the direct neighbourhood due to cracks which appeared during the construction? Or are you a landlord who wants to provide a house or a flat to rent or a tenant who is about to rent a house or a flat?

If yes, you may need a document called an preservation of evidence. Our experts record the condition of the building before the start of the construction work or the occupation of a building in order to prove later on, if several damages have been caused by the next-door-construction or by the tenant of the building in the other case.

The preservation of evidence can be very important in order to avoid disputes. Normally the perpetrator has to pay for the dammage but in case of a doubt he must prove that he is not responsable for the eventual new damages. 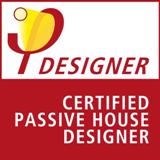 EPA Expertise Judiciaire
We are a certified engineer office in Luxembourg

We care about data protection